Top 14 Things to do in June

A Guide to Newcastle upon Tyne

Although not one of the UK’s biggest cities, there’s still plenty to see and do in Newcastle. We asked recent graduate Maisie to share her insight in to some of the key parts of The Toon to give you an idea of what you can expect living in one of the UK’s friendliest cities.

To ‘outsiders’ Newcastle city centre is all about the nightlife. You’ve got bars and clubs coming out of your ears. You’ll spot more stag and hen do’s than you can shake a stick at and maybe you’ll even catch sight of the Geordie Shore cast falling out of Bijoux.

But when the sun comes up the city centre has even more to offer.

From Northumberland Street to Eldon Square, Newcastle’s got it covered when it comes to high street shopping. For the sporting types, Newcastle United’s stadium St James’ Park sits just a short walk away.

Awash with culture, Newcastle is home to numerous museums, art galleries and theatres (some of these can even be found on our beautiful campus!), visit The Stand on a Wednesday for a £3 comedy night (quality not always guaranteed).

Not forgetting the Quayside; take a romantic stroll along the river and admire Newcastle’s many bridges (seven to be exact). And at night watch the millennium bridge light up in colour.

Just north of the city centre sits Jesmond, a suburb home to private schools, independent shops and artisan cafes. In amongst its beautiful period houses and nice restaurants live students, lots and lots of students.

At first glance Jesmond doesn’t exactly scream at you as an ideal location for grubby student digs, but most students favour this suburb in their second and third year due to its close proximity to the city centre and the infamous Osborne Road.

Osborne Road is lined with different bars and eateries; head to Osbornes for drinks or maybe Jam Jar to line your stomach with a burger.

If you find yourself in need of a relaxing afternoon, a wander through the lovely Jesmond Dene and a trip to Pets Corner will set you right.

Heaton is another studenty suburb. It might be lacking in nightlife when compared to the likes of Osborne Road, but it makes up for it in cheaper accommodation and plenty of independent cafes to spend your time in.

Big hits in Heaton include the healthy eaters dream Naked Deli, as well as the ultimate brunch destination The Butterfly Cabinet.

If you feel inclined to work off those pancakes, just a short walk from the centre of Heaton you can find Newcastle Climbing Centre, located in a refurbished church!

Walk the streets of Heaton long enough and some celebrity stardust might even rub off on you. Rock legend Jimi Hendrix is rumoured to have once busked on Chillingham Road and pop queen Cheryl Cole is Heaton born and bred.

The first and most important thing you need to know about Gosforth is that it is the birthplace of Greggs. I kid you not, the original Greggs bakery opened on Gosforth High Street in 1951.

Now you’ve been blown away with that stunning fact, you might be interested to know that Gosforth is one of Newcastle’s most popular residential areas along with Jesmond to its South.

Gosforth has a bustling High Street with plenty of shops, supermarkets, restaurants and pubs; it’s well worth a visit to the popular gastro-pub The Brandling Arms.

Gosforth has great transport links – numerous Metro stops and plenty of buses mean that you’re never more than a short trip from the city centre.

Head across one of the Tyne’s many bridges and you’ll find yourself in Gateshead. Generally lumped in with Newcastle, it is classed as a town in its own right.

All of the exciting stuff on the Quayside like The Baltic art gallery and the architecturally stunning live music venue The Sage can be found on the Gateshead banks of the River Tyne.

Whilst the town centre leaves a little to be desired, you’ve got all of your essential amenities including two gyms and a giant Tesco. What more could you want really? 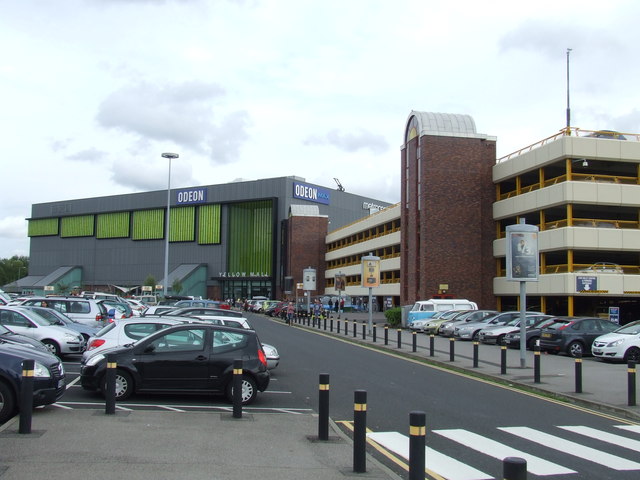 Beyond the Quayside, Gateshead’s main selling point is the Metrocentre, this is actually the largest shopping and leisure centre in the UK (ooooh!). If there’s anything that Newcastle city centre lacks (I’m looking at you, Zara), you can be sure to find it in the Metrocentre, along with a whole host of restaurants and an Imax Odeon cinema. Watch out at Christmas time though, it gets BUSY.

Over in the West End of Newcastle parts of the historic landmark Hadrian’s Wall can still be seen (although you might want to venture further afield to see more!).

You’re in good company if you reside in the West End with multi-millionaires Ant and Dec both having grown up in the area.

The West End is home to the Newcastle suburb Fenham, which has a large student population, indeed, one of Newcastle’s own halls of residence St Mary’s College, is situated here.

Fenham has lots of multicultural shops as well as plenty of restaurants. Whilst Fenham itself doesn’t have a Metro station, there are plenty of regular buses which mean you’re never more than a 10 minute journey from Newcastle City Centre.

Top 14 Things to do in June